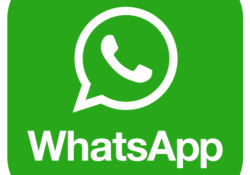 This guy claimed himself as James Chan, was born in Singapore and studied at UK since 8 years old. Own few businesses in UK and owned a private jet.
I knew him from facebook, then we talk on whatsapp. He never do any video call with me, always said camera broken on his phone.

After couple weeks, he said sending me some money to help me out with loan. He gave info about his account manager, named Kelly Hauer and the bank called Global Inland Bank. First Kelly they will send you all the application forms, once account setup, there’s an account opening fee of USD5100. I made the transfer to another agent in the states not to the bank directly. Once they received the payment, a password with username was given. I saw he transfer USD one million into the account but when i starts to transfer the money it blocks me from doing that. So, I received the message from Kelly saying that USD23000 needed to activate the account in order to make a transfer. I was shocked and didn’t pay that as I cannot afford. Now the account is block.

While chatting with this guy, James, he told me he’s working at overseas and recently at china. First, he said he left his laptop at last work place and ask me for help to send him a apple laptop, which i did and he will give me a different shipping info (not sending him directly). Now he said he’s short of cash at china and needs USD 10000 to finish the project so he can come and see me. I didn’t send him the money and now he’s disappeared.