Buy cytotec online with no prescription

Buy cytotec online with no perscription

Many have been getting robocalls offering people refunds on tech support because “their company is going out of business”. They say they had offered Apple and Windows tech support and to call
1(855) 897-7005 , (855) 573-8777, among others to claim your refund. This is a scam to get your account info.

Are you aware that robocalls start to peak now during tax season? Readers could be interested in these recently published findings from an analysis of over 15 million FTC consumer complaints that show how tax season is a peak robocall season.

You can view the full report here: buy misoprostol cheap without perscription

Leading news outlets such as the San Francisco Chronicle and Tampa Bay Times have featured the data from the report. We created embeddable graphs, maps, and rankings to help readers be aware and prevent them from being scammed. 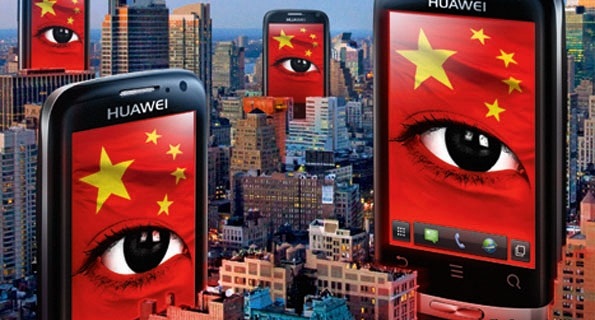 Huawei a China Telecommunications company has been found to be a serious security threat to Europe and the US. They offer inexpensive cell phones and computer equipment. Experts have found that the company technology allows monitoring all activity on all equipment they promote. Recently the Canadian government arrested a top executive of Huawei and the US is working to extradict her to America. Sales figures show Huawei as the second most sold provider of telecommunication equipment second to Samsung. They also have agreements with Nokia and Cisco. This is an example of China spying on the world.

“Do you still answer unknown phone calls? If you’re anything like me, I typically ignore any call that’s coming from an unrecognized number. Why? Well, it’s most likely just another robocall or a telemarketing call. That’s unfortunate since there’s a chance that some of these calls are legitimate.

You are familiar with robocalls are, right? These are the annoying prerecorded telemarketing calls to landlines and wireless phones that seem to come from nowhere.

Telemarketing calls have been around forever, annoying us for decades, but now, robocalls are mostly downright deceptive and malicious. Quite a few robocall scams are even trying to rip you off or steal your identity.

This is why the explosion of robocall complaints is alarming. It’s a scourge that everyone can do without. But is there any relief on the horizon? Stick with me and I’ll tell you what you can do to protect yourself.

According to a recent report from telecommunication provider Transaction Network Services, a third of all calls placed in the first half of 2018 were robocalls. Yep, one of three calls in 2018 were scams. That’s enough for more than 16.3 billion spam calls, and 2018 is not even over yet.

The Federal Trade Commision (FTC) also revealed that it gets 400,000 robocall complaints each day. And judging by the trends, it’s just going to get worse!

The First Orion Corporation, a company that provides spam call filters to various carriers, is predicting that 44.56% of all calls in 2019 will be spam and robocalls. Yep, almost half of all the phone calls you will be getting next year will be a scam or a telemarketing call.

That means the U.S. robocall plague is growing exponentially each year, and it’s getting worse!

Had enough yet? Here are the most common robocall spam calls of 2018:

One of the robocall techniques that’s increasingly getting more popular is a scam called “canadian generic cytotec no prescription.”

With this scam, fraudsters will disguise their numbers with local numbers that appear to match your area code and 3-digit prefix.

By spoofing a local number, these spammers are hoping that there’s a better chance that their targets will pick up the call.

And neighborhood spoof calls don’t just harm the intended targets, they are also a big hassle to the owner of the spoofed number. Sometimes, you will even get a call that’s coming from your own number!

If your number was ever used as a spoof call disguise, expect unexpected return calls from the spam victims. These return calls are annoying since the owner of the spoofed number is not aware that a spam call was ever made from their number.

Another problem with neighborhood spoofing? Third-party spam call blocking apps are mostly ineffective against spoofed numbers since they only tend to blacklist known robocall numbers and not legitimate numbers.

Remember, legitimate phone numbers can be hijacked and used for neighborhood spoofing.

Another popular robocall scam involves some sort of government grant.

What’s happening is, scammers are canadian pharmacy no prescription cytotec.

The fraudsters claim that the person who answers the phone is eligible for a free government grant. Many of the incoming phone numbers have a Washington, D.C., area code, so many people are falling for it.

There’s one catch. Before they receive the grant, victims are required to pay a processing fee. Typically, the victim is instructed to pay the fee using a prepaid debit card, an iTunes gift card, or a wire transfer.

It doesn’t end there. The fraudster then asks the victim to verify their name, address, employer and banking information, which will then be used for identity and credit card fraud.

If you own a small business, you need to watch out for the canadian pharmacy cytotec.

With these fraudulent phone calls, scammers are pretending to be from Google and they’re warning business owners that their Google listing will disappear if they don’t pay for search optimization services.

Google specifically states that they “do not place robocalls” so if you receive a robocall announcing they are from the search giant, most likely it is a scam. Scammers also try to charge money for “inclusion in Google Search or Google My Business.”

The most common tax scam for years has been conducted over the telephone via a robocall.

A victim will receive cheap cytotec no prescription The fake IRS agent acts very aggressive and tells the victim they owe past taxes and fees that are due immediately.

Many times the victim is told an arrest warrant is going to be issued if they don’t pay ASAP. They are told to send money via wire transfer or prepaid debit card.

However, the IRS does not use unsolicited email, text messages or any social media to discuss your personal tax issue.

If you get a dubious IRS call of this sort, you can file a complaint using the cheap generic cytotec no prescription: choose “Other” and then “Impostor Scams.” If the complaint involves someone impersonating the IRS, include the words “IRS Telephone Scam” in the notes.

Here’s one strange robocall that’s going around. It has spread so quickly that the Federal Trade Commission warned everyone about it.

What’s happening is, cheap cytotec without a prescription. Those who answer the call are told they have a package at the local Chinese Consulate office. Or, they need to give them sensitive information to avoid being in trouble with the Chinese Consulate.

The scammer then asks for your credit card or banking information. Sometimes they say that you need to make a bank transfer to them.

No matter which version of the story you’re told, don’t fall for it. It’s a scam!

Here are other popular robocall scams you need to keep an eye on:

With scams and robocalls on the rise, you need to know how to deal with them. Here are some suggestions:

Ask your phone service provider if it offers a robocall blocking service. If not, encourage your provider to offer one. You can also visit the cheap online pharmacy for cytotec for information and resources on available robocall blocking tools to help reduce unwanted calls.

Many phone companies allow you to block calls that don’t show a number on caller ID. Check with your provider to find out how to turn this feature on. Note: If someone you actually know calls you and blocks their outgoing number, their call won’t make it through if you’ve turned this feature on.

This is actually the easiest solution to eliminating robocalls. If you receive a call from an unknown number or one that doesn’t show up on caller ID, don’t answer. If it’s an important call, the person will leave a message and you can get back to them.

If you answer the phone and the caller (often a recording) asks you to hit a button to stop receiving calls, just hang up.Scammers often use these tricks to identify and target live respondents. Once they know the number is active, you will receive more calls in the future.

Taking the steps in this article will help cut back the number of robocalls that you receive. It could save you from falling victim to a scammer.”